Plant Nanny incentivizes you to drink water by rewarding you with plants.  I have a tiny bladder, but love plants.

The following is a mostly-true account of my five emotional days as a Plant Nanny.

I decide to download the app.  A week before, my cousin had been using Plant Nanny during a family vacation when the colorful graphics piqued my interest.

I’m a sucker for anything plant-related.  Besides, I literally study plants for a living.  I should have a lush jungle of Plant Nanny plants in no time!

I choose a dandelion.

I drink a cup of water in real life.  Then I water the plant in the app by holding down a button with a cup on it.   I feel pretty accomplished!

Plant Nanny bursts my bubble by ordering me to drink 12 more cups of water.  That seems unreasonable given that it is 9:00 pm.  I decide not to.

I look at my plant.  It’s large for a seedling already. 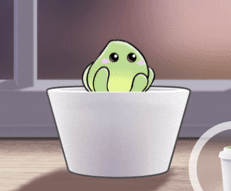 I’m going to be a great Plant Nanny.

I go for a nice long run and get really thirsty afterwards!  I drink an extra cup of water for the sake of the app.

I regret it later.

Plant Nanny lists some “New Families” of plants that I can choose from if I manage to drink enough water.

“New Families”.   Hm.  Technically, bamboos are in the grass family (Poaceae), clovers are in the pea family (Fabaceae), cyclamens are in the primrose family (Primulaceae), and tulips are in the lily family (Liliaceae).

Blechnum is indeed part of the family “Blechnaceae” -gesundheit!- but it shouldn’t exist as a genus at all, according to the people who research it (see Perrie et al).

Plant Nanny did get a few right.  Roses (Rosaceae), carnations (Caryophyllaceae), and cabbages (Brassicaceae) are all used to denote the plant families that they belong to.  I’m glad they added roses- they’re a personal fave.

I move on to the older plant options.  One is called a “chickfern”.  The name makes me think of “hens and chicks”, but the plant pictured definitely isn’t a succulent.

And what the hellebore is a “mushrimp”?

Neither mushrooms nor shrimp is a plant.  But if a “mushrimp” really can “heal a broken heart”, this organism has serious pharmacological potential.  Grind it up and get someone doing metabolomics, stat.

Then there’s the cosmos section…

Since astrobiology is in its infancy, I can’t say that these plants definitively don’t exist somewhere in the universe, but they still put me on edge.

And then there’s this:

What on Gaia’s green earth is a Benjamin?

By the end of the day, despite my morning run, I’ve only managed to drink six cups of water.  Whatever, I’m still a great Plant Nanny.  Maybe even a classy foreign nanny, a “Plant Au Pair”, if you will.

My plant is dead.

What?  This can’t be happening.  Dandelions (Taraxacum sp.) are drought-tolerant and have a high phenotypic plasticity, meaning that the plants can grow differently under different environmental conditions.  Those are the traits that make dandelions so successful at invading suburban lawns! 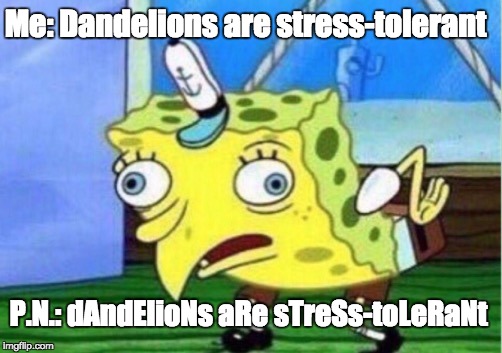 I select the “Bring it back!” option, because a zombie dandelion would be awesome.  (By the way, “Just bury[ing] it”-  if that means replanting it outdoors- would probably do a real dandelion a lot of good in this scenario.)

I stop pressing the water glass and decide to continue cheating later.  I totally forget.  My plant dies again.

I give up and message my cousin, saying that I am struggling because I don’t want to drink more water.  To my surprise, she responds that she recently deleted Plant Nanny “because I also dislike hydration”.  It’s like we’re related!

She also comments that before she deleted the app, her mature dandelion looked inaccurate.  I check out an online image of someone else’s:

What?? Definitely not a dandelion.  Where’s the basal rosette?  Why are there multiple stems leading to a single flower head?  So many questions.

I look up more screenshots of mature Plant Nanny plants.

This cactus, despite looking balding and tumorous, is honestly pretty cute.

But the fact that they have desert plants on the app leads me to another slew of questions.  If you watered a cactus 12 times a day, or even once a day, the soil would be waterlogged and the plant would drown.  How did this cactus survive?

In the real world, according to GardenWorks and some other non-official internet sources, overwatering is the “number one cause of houseplant fatalities”.  I hope Plant Nanny doesn’t cause people to think that their real plants need daily water…

I also do some light research on the human effects of over-hydration.  Apparently humans can also be overwatered: too much water dilutes the salt levels in our blood.  People taking MDMA or being hazed have died after chugging dozens of glasses of water in a short time span.

Water’s just a chemical like any other, I suppose.

My plant is super dead. 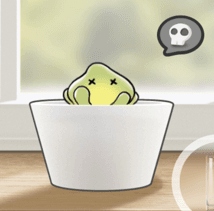 Either that or it’s performing the “Alas, Poor Yorick” bit of Hamlet, but I pegged my dandelion as more of a Midsummer Night’s Dream kind of plant.

I decide to take a hiatus from my position as a Plant Au Pair and return to being a successful guardian of actual living plants.

The verdict?  I recommend Plant Nanny to people who enjoy both 1.) questionable space plants and 2.) really, really having to pee.  6/10.

*May I present the monkey face orchid, Dracula simia, a very sinister thing that Plant Nanny could be concealing from us at this very moment: 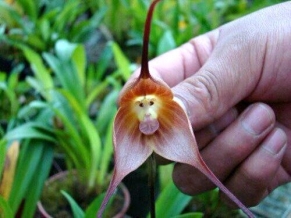