It’s late at night.  You’re hurrying back to camp along a forest path, your flashlight beam consumed by the impenetrable dark.

A pang of fear.

You stop in your tracks.

Here are some extra-spooky facts about Monotropa uniflora:

The ghost plant is a vampire!

Monotropa sucks its lifeblood, carbon and nutrients, out of trees.  Botanists previously mislabeled the plant as a “saprophyte”, an organism that lives on dead and decaying matter, but that is untrue. The ghost plant feasts on living flesh!

The ghost plant outwits its victims!

Rather than digging into its host plant directly, the ghost plant exploits a symbiotic relationship called a mycorrhiza.  In a typical mycorrhiza, a plant trades carbon to a fungus in exchange for hard-to-reach nutrients.  Craftily, the ghost plant attaches to the fungus’ hyphae underground and sucks both carbon and nutrients out of the system.

The ghost plant is pale and smooth!

Because Monotropa preys on other plants for food, it has lost the large, green leaves that other plants require for photosynthesis.  It is pallid because it doesn’t produce chlorophyll, and smooth because its leaves have been reduced to scales. 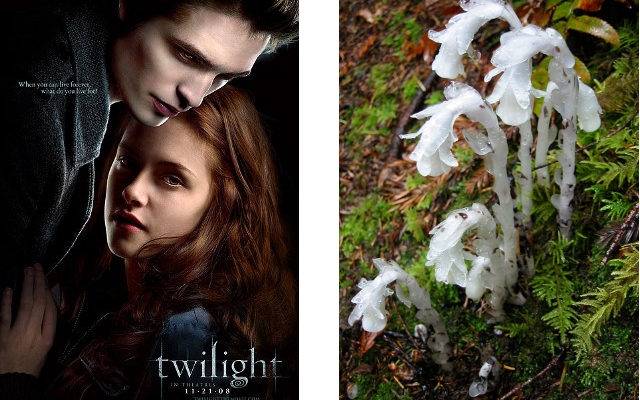 It lacks stomata, the pores that allow gas exchange during photosynthesis. 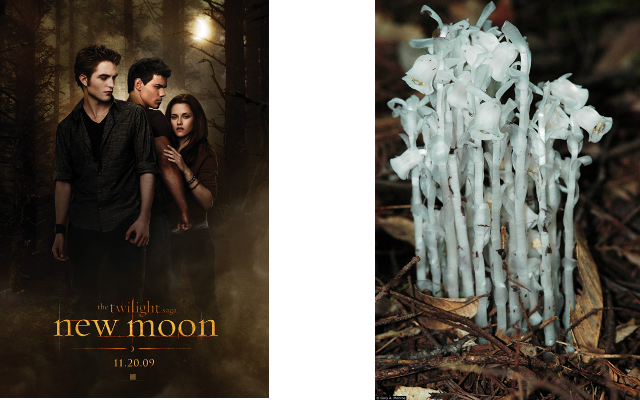 The ghost plant sparkles in the sunlight!

Lol, just kidding about this one.  It’s kinda waxy though.

The ghost plant almost never sees the light of day!

Ghost plants do not require sunlight.  They can survive in the dark, shadowy understory of dense forests.

Monotropa uniflora has a wide-ranging distribution throughout North America, Central America and Asia.  You cannot hide from the ghost plant!